✈Do you see yourself as a Wizz Air pilot? Meet BAA training in Sarajevo and discover more!

BAA Training would like to invite you to meet up in Sarajevo, Bosnia and Herzegovina, on 27th of January at the Hotel Bosnia Sarajevo (Kulovića 9, 71000 Sarajevo, Bosna i Hercegovina) and learn how to join the Wizz Air Cadet Programme even if you have no previous flying experience!
Have you always been dreaming about aviation and becoming a pilot? By joining the Wizz Air Cadet Programme you will acquire an Air Transport Pilot Licence (ATPL frozen) and be secured with the job guarantee at WIZZ after the sucessful completion of the training.
The largest low-cost airline in Central and Eastern Europe is looking for aspiring future pilots to join its highly professional team! Do not miss your chance to learn the details of the Wizz Air Cadet Programme, and find out more about a sky high career as a pilot at WIZZ. Meet BAA Training team in Sarajevo! 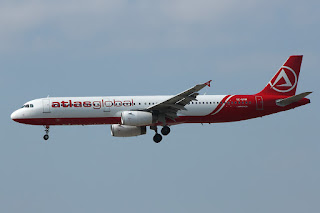 Atlas Global Airlines will operate charter flights between Antalya and Sarajevo beginning June 18. 2018. Two weekly flights will be operated on Mondays and Thursdays until August 30th. This year Atlas Global will operate a total of 22 round trip flights with Airbus 321 aircraft, offering  8.800 seats in both directions. Flights are organized by Centrotours travel agency, offering holiday packages at Turkish Antalya Riviera. Together with Turkish Airlines operating four weekly flights, Sarajevo will be connected with Antalya with six weekly flights. Follow this link to see Turkish Airlines schedule for Sarajevo-Antalya flights.

Bosnia and Herzegovina recorded an increase of 27 % in air passengers compared to year before. Increase was fueled by Wizz Air at Tuzla Airport and new routes from Sarajevo airport to the destinations in Persian Gulf countries. While Sarajevo and Tuzla recorded double digit growth Mostar and Banja Luka recorded another year of declining numbers. 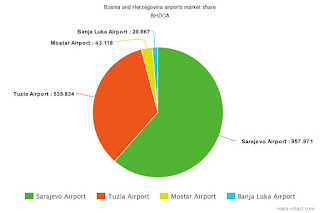 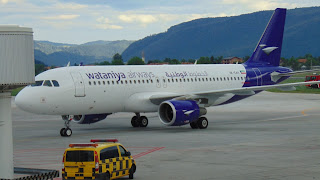 Wataniya Airways has published its summer schedule for Kuwait City – Sarajevo flights. The airline currently operates one weekly flight between two cities on Thursdays, with the beginning of summer holidays flights will increase to three weekly from June until the end of September. Total of 58 round-trip flights are scheduled in airline’s summer timetable, offering 15.312 seats in both directions. All flights are operated with an Airbus 320 aircraft configured with 120 seats in economy and 12 seats in business class.

My projection for the number of passengers at Sarajevo International Airport during 2018. The estimates are based on the traveling trends from the last year, available seats offered in the airlines global distribution system (GDS), average cabin load factor (CLF) from the previous year. According to available data Sarajevo Airport should record passengers growth of 7 to 10 %. 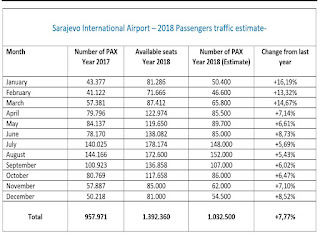 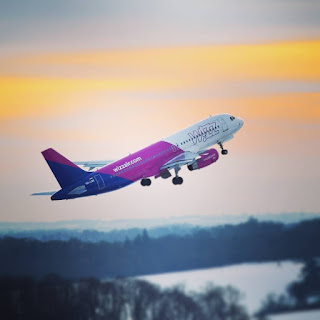 Wizz Air has announced its first destination in 2018 from Bosnia and Herzegovina. Tuzla will be connected to Wizz Air’s new base at Vienna Airport. New service will start on April 27. 2018. and will operate year-round, three times weekly on Mondays, Wednesdays and Fridays. With new flights from Vienna, Wizz Air will discontinue its service from Tuzla to Bratislava (which was alternative for Vienna Airport). Last 20 years Austrian Airlines was holding monopoly on flights between Bosnia and Herzegovina and Austria, making these short flights very expansive. With arrival of healthy competitions from low cost carriers we can expect price of airfares of Austrian Airlines service from Vienna to Sarajevo to significantly go down. 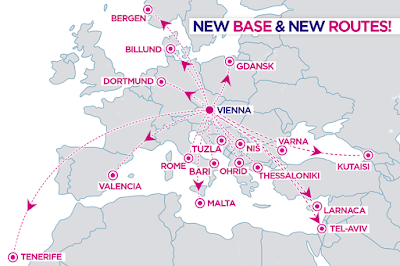 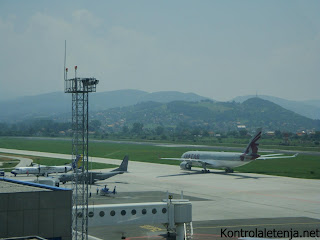 Sarajevo Airport welcomed a record 957.971 passengers in 2017, this figure represents growth of 14% compared to 2016. During last 12 months airport added additional 119.005 passengers, the largest increase so far in airport’s history. Steady passenger’s growth is expected to continue in 2018 with Qatar Airways, Wizz Air and Wataniya Airways operating flights through the entire year and new flights from Copenhagen by Scandinavian Airlines. Flydubai will significantly increase its service from Dubai from current four weekly flights to daily from March 23, and three daily flights from June 15 to September 16. During this year Flydubai will position itself as third busiest carrier at the airport, after Turkish Airlines and Austrian Airlines.

The Government of Federation of Bosnia and Herzegovina will subsidize establishment of regular scheduled flights between Mostar and Zagreb. On the last session, the government has approved 1 million Bosnian Marks (500.000 Euros) to support the flights. Mostar Airport has published a formal tender procedure on its website for all interested airlines to apply for subsidies.
Detailed documentation can be requested from Mostar International Airport by sending a request for full tender documentation:

Tuzla International Airport has recorded very strong passenger growth during last year. Total of 535.834 passengers used the airport in 2017, representing an increase of 72% over 2016.

to fly around the World for its Domestic & International network.

Interested Candidates with above qualifications will have to send scanned valid documents in English to the following E-mail address:  saudia.recruitment.bih@clipcon.net
which include: (CV) Curriculum Vitae with a photo, two (2) recent photos full body & passport size, copies of completed school certificate, English knowledge certificate (if available) and scanned Passport or National ID card.