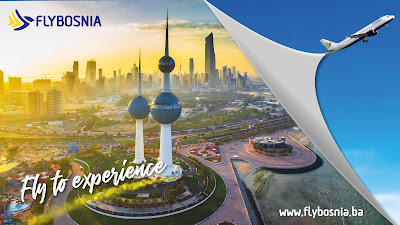 FlyBosnia will launch its first international route to Kuwait on June 4th, 2019. Flights will operate three times per week, on Tuesdays, Thursdays, and Saturdays until August 31, reducing to once per week during the month of September.
Sarajevo-Kuwait flight schedule

Source: FlyBosnia
Posted by Flying Bosnian at 4:17:00 AM 1 comment: 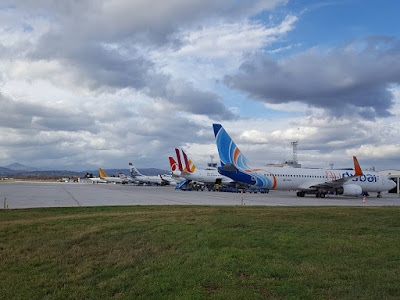 Airlines lineup at Sarajevo Int. Airport
With the beginning of Summer schedule of flights (which have started on March 31), Sarajevo Airport is already seeing stronger demand when compared to same period of the last year. Airlines are using larger aircraft on its flights to Sarajevo (Adria Airways is using A319 instead of CRJ-700/900, Austrian Airlines is using Airbus 320 and much larger 321, Swiss is using A220-300 with capacity to accommodate 145 passengers, and on some days A320, Next week Qatar Airways is using A321). For the first 11 days of the month airport serviced a total of 152 arriving and 152 departing commercial flights (total 304 commercial passengers flights). During the first 11 days of the month total number of seats offered on both arrivals and departures was 44.354. According to airlines timetable total of 120.000 seats are offered during this month to/from Sarajevo, but with increased demand airlines are adjusting to larger aircraft, this will add more seats then planed 120.000. My projection: Sarajevo Airport will handle 90.000 passengers in April.
Sarajevo Airport flight timetable for the week of April 11-18

Flightradar24  is showing FlyBosnia flights to: Riyadh (RUH), Rome (FCO), Moscow (SVO), Frankfurt (FRA) and London (LGW) but no flights are scheduled or being sold on the airlines website. The airline is very active on social media but no announcements of any sort about the possible launch date and destinations. If they were counting on Bosnian diaspora as they were saying then this summer for them is lost. For Bosnian family living in USA, Canada, Australia or even Europe, It takes months for family to arrange their vacation with their employers, airline tickets, hotels, rent a cars etc… Hopefully FlyBosnia won’t be yet another filed airline project. 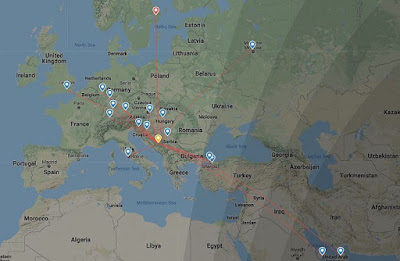 ✈Sarajevo Airport-Construction of the VIP lounge has started 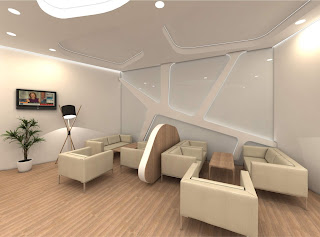 Sarajevo Airport VIP lounge under construction (interior)
The VIP lounge will have the area for X-ray screening, Customs control, check-in, passport control and a Welcome desk – reception point. According to the design, the building with all its services will be accessible both from land side and air side and for that reason it will be used both by departing passengers and those who land at Sarajevo International Airport. The VIP lounge will have discretely separated groups for relaxation, furnished with modern sofas and chair sets, information displays, WIFI signal, TVs, room for press conferences, separate area for organization of business meetings, a relaxation apartment that can also be used as a prayer area, a separate working space for smaller working meetings, fully equipped toilet block, as well as refreshment services, with a possibility of providing catering services too.

Sarajevo Airport VIP lounge under construction (Location of the building)
The VIP lounge is being reconstructed not only because it is a significant income source but also because it became necessary to extend the existing VIP facilities due to a constant growth of a number of passengers and air traffic operations. The VIP lounge is going to be most sophisticated VIP lounges (like the ones you see at major international airports), both in terms of its design and the quality of the services it will provide. 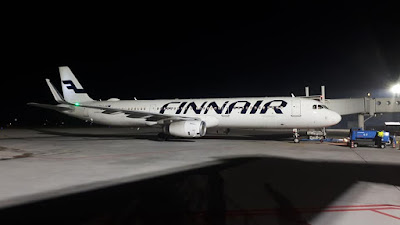 Finnair A321 parked at gate 4 of Sarajevo Int. Airport 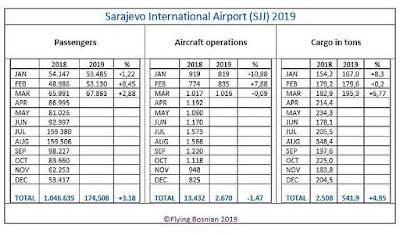 Sarajevo Airport outlined plans for 2019, which include the introduction of new routes from: Athens, Gothenburg, Riyadh and Berlin, as well as infrastructure developments (construction of new terminal building, construction of airports office building and expansion of apron and taxiways). 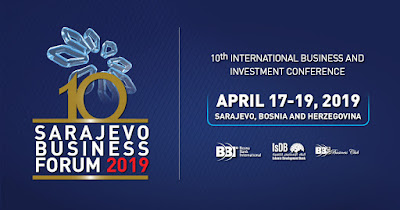 One of the most successful businessmen and investors, a member of the ruling United Arab Emirates family, Sheikh Ahmed bin Saeed Al Maktoum is attending this year's Sarajevo Business Forum.
Sheikh Ahmed Al Maktoum, is Chairman and CEO of one of the world's largest airlines Emirates, confirmed the arrival to the Sarajevo Business Forum 2019, the leading investment conference in Southeast Europe, which will be held this year from April 17 to 19 under the patronage of the Presidency of Bosnia and Herzegovina. It is very likely for Emirates to announce Sarajevo as its next destination as the airline starts receiving smaller aircraft, suitable for Sarajevo Airport operations (Airbus A330-900neo is scheduled to join Emirates fleet from 2021). 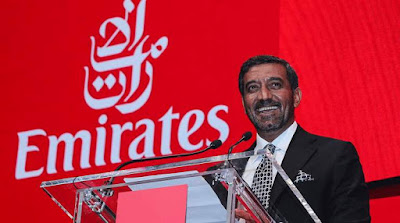 Al Maktoum is a senior United Arab Emirates official and is most deserving of the Dubai meteoric rise of the airline industry for 27 years. He was the lead of the Civil Aviation Directorate of Dubai since 1985, when the incredible business, investment and tourism expansion of this emirate, which today is the world's business metropolis, has begun.
Corporations from the area that Ahmed Al Maktoum is leading are today the largest in the region and among the most successful in the world. This is not the first visit for Mr. Al Maktoum to the Sarajevo Business Forum. He was a distinguished guest of the investment conference in 2010. The connection that was then established was crucial for a later fruitful continuation of cooperation, and then a decision to establish a direct flights between Dubai and Sarajevo.

Namely, during the visit of the director of BBI Bank Amer Bukvić Dubai, Sheikh Al Maktoum announced the arrival of one of his airline "Fly Dubai" in Sarajevo, which was later realized. Today, Flydubai is real engine for the development of tourism and business connections between Bosnia and Herzegovina and  and United Arab Emirates. Sheik Al Maktoum is a graduate of political science in Denver, USA, and is extremely appreciated in the world of business. He is the holder of numerous awards and prizes including the Order of Legion of Honor, the highest French decoration, Legend of Aviation—2007 Aviation Entrepreneur of the Year.

Bosna Bank International (BBI), in cooperation with its shareholders (Islamic Development Bank, Dubai Islamic Bank and Abu Dhabi Islamic Bank) and other international partners, is the organizer of the annual International Business and Investment Conference - Sarajevo Business Forum (SBF). The Conference was initially organized in 2010 and since then, has been held every year. The conference has been positioned as one of the most important business and investment events for Southeastern Europe.

Sarajevo Business Forum is connecting institutional and private investors and businessmen from all over the world with businessmen and project owners from Bosnia and Herzegovina, Albania, Croatia, Macedonia, Montenegro, Serbia and Slovenia. It represents a platform for business networking and exploration of investment and business opportunities in the Southeast Europe region with the sole objective to foster its economic development.

Source: Sarajevo Business Forum
Posted by Flying Bosnian at 6:46:00 AM No comments: 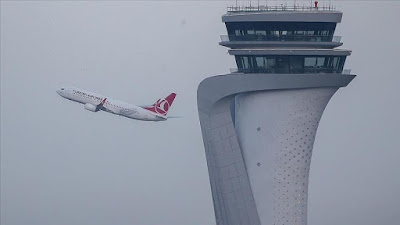 
In a massive logistics operation that will start tomorrow, Turkey is going to say goodbye to Atatürk Airport, which has long been home to Turkey's rise in global aviation and move to the new Istanbul Airport. The long-awaited process of shifting from the longtime home of Turkish civil aviation, Atatürk Airport, to the new Istanbul Airport will kick off at 3 a.m. tomorrow. The move will last for 45 hours and be completed just before midnight on Saturday if all goes according to plan. Both the outgoing Atatürk Airport and the incoming Istanbul Airport will be closed to all passenger flights for a period of 12 hours, between 2 a.m. and 2 p.m. that day.
Atatürk International Airport, which was commissioned in 1953, will no longer serve commercial flights as of Saturday. The airport, which handled 68 million people last year, will transition to other uses, such as training activities, aviation fairs and civil use.
The last plane to carry passengers from Atatürk Airport will fly to Singapore on Saturday at 2 a.m. [April 5, 2300GMT]. Flights at Istanbul Airport will increase gradually as of Saturday at 2 p.m. The first flight after the big move will be to Ankara's Esenboğa Airport.
Due to big move Turkish Airlines flights to Sarajevo will see temporarily adjustments. In transition period flights will operate once a day instead of three daily (from April 5 to April 11). On April 11 all flights go back to normal and will operate as scheduled three times per day. 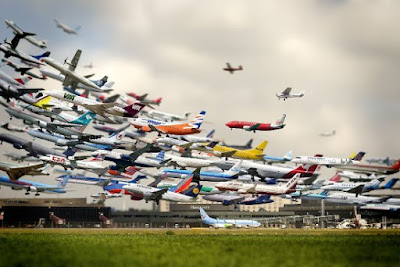 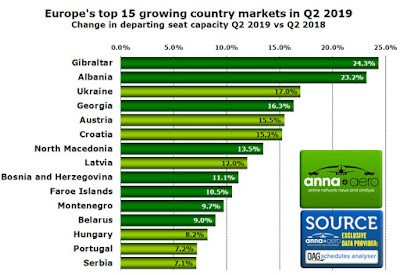 Ryanair remains the top airline on the continent, with it growing its seat capacity by 7.6% in Q2 2019, which represent just under 2.88 million additional departing seats versus the same quarter of 2018. easyJet is growing ever so slightly faster than Ryanair, but when it comes to net seat increase, it is only adding 2.17 million, less than the number being added by Ryanair.
The fastest-growing airline among Europe’s top operators is Wizz Air, with it showing an 18% rise in its departing seat capacity during Q2 2019, a result of it operating an additional 1.68 million departing seats. Regarding the other end of the spectrum, Air France, SAS, Norwegian, Eurowings and Pegasus Airlines are all showing declines in the number of seats they’re operating during Q2 2019, with Norwegian seeing the greatest cut at 5.0%. For Norwegian, its capacity has been reduced in the short-haul market, with it posting a 6.7% cut in this sector. However, it does continue to push its long-haul agenda, with data showing that it has increased its long-haul capacity during Q2 2019 by 21%. While this is impressive, the carrier’s long-haul operations still only account for 5.9% of all seats it operates during the period, although this has grown from a share of 4.6% posted in Q2 2018. 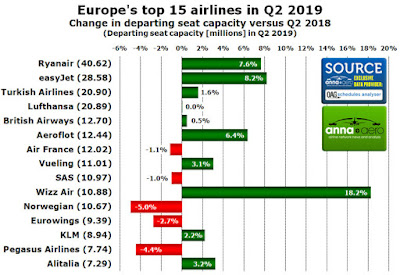