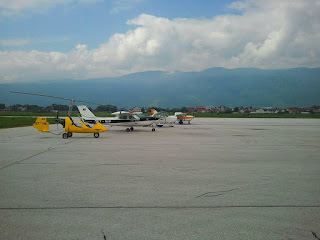 Photo by Fahrudin Krestalica
Sport Business Aviation (SBA) School is committed to support aviation in Bosnia and Herzegovina through training of responsible and secure pilots. Mission of the company is to provide candidates with dynamic content from high qualified stuff using modern and secure equipment. School is offering:
SBA is equipped with the fleet of following aircraft:
For more information please visit SBA website
Posted by Flying Bosnian at 4:00:00 AM 3 comments:

✈BH Airlines is on the verge of bankruptcy 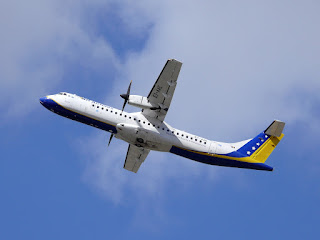 Photo by Robert Viktor
Once again, Bosnian national carrier BH Airlines is on the verge of bankruptcy, as of the end of April the Austrian leasing company HETA leasing has blocked the accounts of the airline, due to outstanding obligations for the lease of two ATR72 aircraft. This time, the government is not willing to support a loss making company and is willing to close the airline according to the Prime Minister of Federation Bosnia and Herzegovina Fadil Novalić.
Total debt of BH Airlines is nearly 17.5 million euros.
Since the end of January this year, the company operates with only one airplane, while the second aircraft remaining grounded in Germany, for which BH Airlines was unable to pay the cost of regular servicing of the aircraft. With only 3,604 transported passengers in the first three months of this year, the airline found itself in a situation that it has all of its accounts blocked by creditors, and that cannot continue to operate while a part of debts to creditors do not settle.
Blocked Accounts
Prime Minister of the Federation of Bosnia and Herzegovina, which is the majority owner of BH Airlines, said that a decision on the bankruptcy of the company depends on the main creditor HETA leasing, requesting to be paid close to 11.5 million euros, in order to unblock BH Airlines accounts.
"Will BH Airlines go bankrupt depends on its major creditor HETA, the successor of HYPO Bank, to whom BH Airlines owns 23 million Bosnian marks. There are two options, but the decision on bankruptcy does not depend on us but on the creditor," said Prime Minister Fadil Novalić. Since BH Airlines does not own any assets to pay for accumulated debt and without government help this is most likely the end for the airline.

Source: FlyingBosnian and Aljazeera Balkans
Posted by Flying Bosnian at 3:24:00 AM No comments: 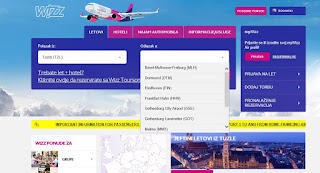 Wizzair has launched website in Bosnian language, one week before opening its first base in Bosnia and Herzegovina at Tuzla International Airport.
Posted by Flying Bosnian at 5:45:00 PM No comments:

Source: BHDCA
Posted by Flying Bosnian at 5:12:00 PM No comments: