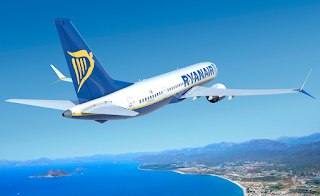 Ryanair, Europe’s No.1 airline, today (24 May) announced  a new Banja Luka to Stockholm Skavsta route which will operate twice weekly as part of its Winter 2018 schedule, and goes on sale later today from the Ryanair.com website.
Ryanair’s Winter 2018 schedule from Banja Luka will deliver:
3 new routes to Brussels Charleroi (2 wkly), Memmingen (2) and Stockholm Skavsta (2)
100,000 customers p.a.
75* “on-site jobs p.a.
Bosnia is Ryanair’s 37th country of operation and customers can enjoy the lowest fares and the latest “Always Getting Better” improvements including:
Reduced checked-in bag fees – lower €25 fee, bigger 20kg bag allowance
Connecting flights at Rome, Milan & Porto with more airports to follow
Ryanair Rooms with 10% off Travel Credit
Ryanair Transfers – wider choice of ground transport with new partner Car Trawler
Punctuality Promise – 90% of Ryanair flights will be on time
Price Promise – find a cheaper fare and Ryanair will refund the difference + €5 to your My Ryanair account 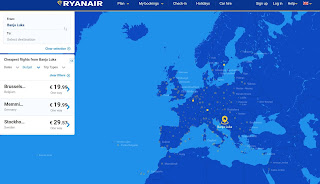 “Ryanair is pleased to launch another new route from Banja Luka (our newest airport) to Stockholm Skavsta which will operate twice weekly as part of our Winter 2018 schedule, which goes on sale later today on the Ryanair.com website.

To celebrate we are releasing seats for sale from €19.99 for travel from November, which are available for booking until midnight Sunday (27 May). Since these amazing low fares will be snapped up quickly, customers should log onto www.ryanair.com and avoid missing out.” 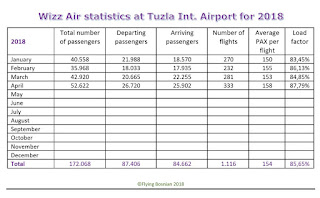 Eurowings has launched two new routes from Germany to Mostar. First flight from Dusseldorf landed in Mostar on Wednesday while new service from Stuttgart was introduced today. Both services are scheduled as summer seasonal and will operate with  Bombardier Dash 8-Q400 aircraft. 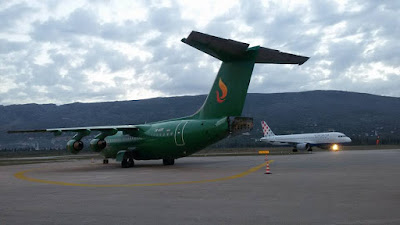 
Charter flights from destinations in Italy are operated by Alba Star Airlines and Aviro Air. Alba Star Airlines is Spanish airline company specializing in charter flights. The airline is operating charter flights from Milan and Bergamo to Mostar. New airline at Mostar Airport is Aviro Air. Aviro Air is Romanian airline company with only one aircraft in its fleet, 27 years old British Aerospace BAe 146/Avro RJ with registration YR-AVR. The airline is operating charter and ACMI flights. 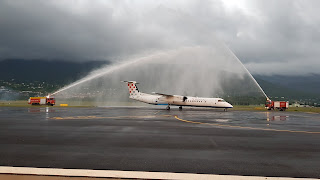 Croatia Airlines plane landed at Mostar Airport in Bosnia and Herzegovina on Thursday evening (May 03.2018), marking the introduction of direct Mostar-Zagreb flights.Croatian Transport Minister Oleg Butkovic was aboard of the inaugural flight, after landing in Mostar he said, “flights will connect two friendly countries and provide better connection with Europe and the rest of the world”

Croatia Airlines will fly between Zagreb and Mostar throughout the year on Thursdays and Sundays (late night departure from Zagreb), and between Mostar and Zagreb on Fridays and Mondays (early morning departure from Mostar). 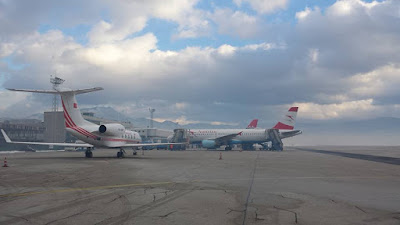 Passenger traffic at Sarajevo International Airport is on track this year to be its strongest in airport’s history. April marked the 11th month of consecutive growth. During last month airport welcomed 86.995 passengers, representing an increase of 9,02% compared to the same month of last year. Year to date airport recorded 15,53% passenger’s growth or 34.443 passengers more compared to the same period of last year. Passengers growth is expected to continue with busy summer ahead