✈New Sarajevo Airport Map and the Map of Aircraft Parking

After 30 years, the Public Enterprise Sarajevo International Airport Ltd Sarajevo, developed a new Airport Map and the Map of Aircraft Parking. These maps were improved compared to the previous ones and they comply with the requirements of the International Civil Aviation Organization (ICAO). 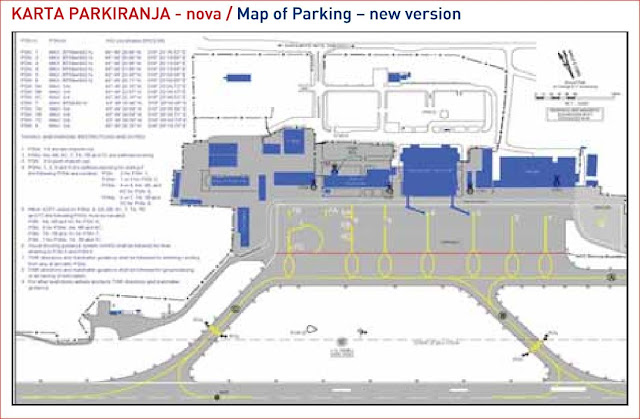 The Airport Map and the Map of Aircraft Parking contain very important information about the Airport and along with other maps and information about the Airport it is an integral part of the AIP (Aeronautical Information Publication) and therefore is available for Air Operators. Certain professional distribution companies as Jeppesen take these maps and publish it worldwide through its activities. Both cards will be in use from August this year, when their publication in the AIP is expected.
"The Airport Map is particularly important because it provides to the flight crew information detailing the ways of Aircraft movements on the ground starting from the parking position of the Aircraft to the runway and vice versa" says Elvedin Begic, Acting Executive Director for Transport and Air Traffic Services. The Airport Map contains a lot of data, but as particularly important may be singled out: 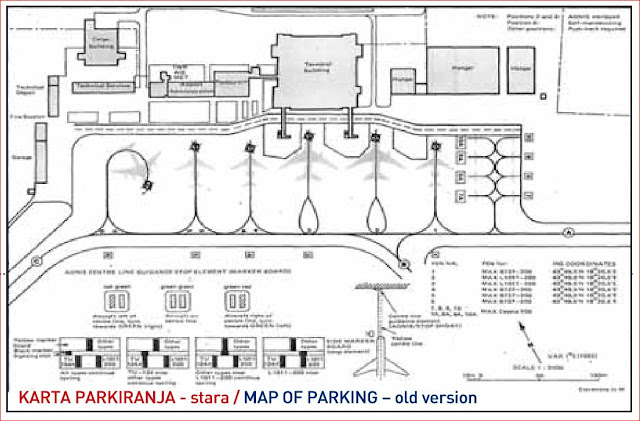 An important change in the updated Airport Map is reflected in the publication of the length of the so called "DECLARED DISTANCES", which are calculated from the intersection of runways and taxiways, as a special importance due to the increasing traffic capacity.


“The Map of Parking contains key data primarily towards apron (platform) with parking position of the Aircraft, the load of substrate or restrictions on the type of Aircraft, apron lighting, markings and other visual and control devices, including the location and type of Visual Navigation Parking System. Very important data are as well geographic coordinates for the parking position of the Aircraft, entrance of the taxiway with markings, including the position of waiting on the runway and the signs of stopping, "explains CEO Begic. As for the new Map of Parking, reference points of parking positions and restrictions on the movement of Aircraft including the rules of parking in certain positions are inserted additionally.
Source: Sarajevo Airport Magazine
Posted by Flying Bosnian at 12:56:00 AM

It is really a nice and helpful piece of information. I’m glad that you shared this useful information with us. Please visit my web site carmtransfers.com. Best CARM Transfers service provider.