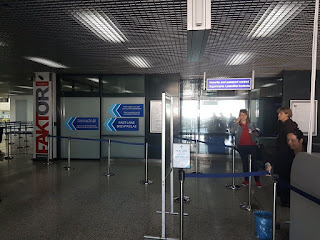 Sarajevo Airport opened its first fast lane yesterday. Preferential access at the checkpoint allows you to pass through security quickly and speeds up procedures before boarding.

Eligible passengers may proceed to Fast lane after check in when the special barcode will be issued for Fast lane access.

Flydubai in summer 2018 season is expanding service to Sarajevo, as the airline introduces daily Dubai-Sarajevo flights from 26. March 2018. Dilly flights will be operated in codeshare with Emirates. During peak summer season Flydubai will operate double daily flights between Dubai and Sarajevo. 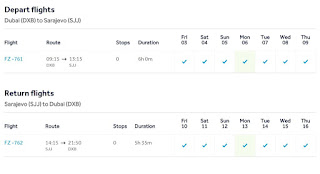 ✈Tuzla airport is finishing a terminal for fuel storage 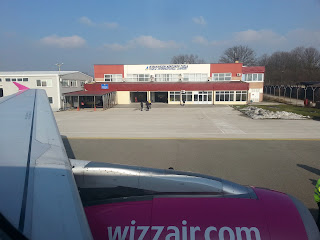 Besides the expansion and reconstruction of the existing capacities of  Tuzla International Airport, another project is being realized. A customs terminal for storage of airplane fuel, for which the airport got a license for supplying airlines and airplanes with Jet A1 fuel, is being built.
That is the centerpiece of the activities that the management of the airport, alongside the Government of the Tuzla Canton, began two years ago.
The customs terminal is necessary since the number of operations and the fuel consumption are increased. The construction of the terminal will cost the airport 1 million BAM and will place the airport among those that are supplying airline companies with cheap fuel. The final phase will cost 338,000 BAM.  Tuzla Airport is financing the project from its own funds.
Review and control of the quality of the fuel will be conducted by the newly built laboratory at Tuzla International airport. All ecological norms set by the law will be followed and the fuel tanks will be placed on rubber surfaces.
The author of the project is the Institute for the Protection of Ecology and Education d.o.o Tuzla.
Source: Akta.ba
Posted by Flying Bosnian at 6:52:00 AM No comments:

✈Bosnia and Herzegovina sees air traffic growth of 20% in the first half of 2017! 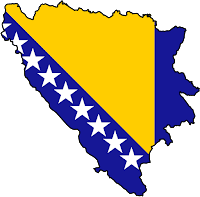 Total passengers, first half of 2017

In the last seven years traffic, has increased by 108,96%

Sarajevo International Airport will record today its busiest day year to date. Total of 60 air operations will be handled at the airport today: 52 regular and charter flights and 6 cargo and GA flights. Total number of available seats on all flights today is around 8.000. The airport should record around 7.000 passengers using the airport in 24 hours’ period. 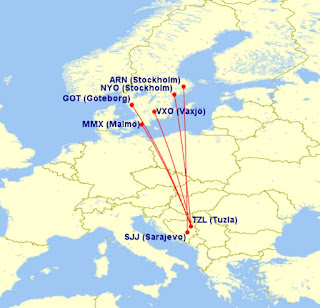 Map by Great Circle Mapper
Traffic data for air travel between Bosnia-Herzegovina and Sweden for the first six months of 2017.

Sweden is third largest market for air travel from/to Bosnia-Herzegovina. In the first half of the year all routes to/from Sweden to Bosnia-Herzegovina have recorded increase in passengers. Five destinations in Sweden are served from Sarajevo and Tuzla. At the beginning of the year Wizz Air has converted its summer  seasonal service from Tuzla to Stockholm Skavsta Airport to year-round due to increased demand for the flights. In March of this year Wizz Air has added  its fourth destination in Sweden, Tuzla-Vaxjo is served with two weekly flights. Tuzla- Malmo flights have increased this summer from 4 to 5 weekly and Tuzla-Goeteborg from 3 to 4 weekly. Increased frequencies are scheduled for peak summer months only.

Table bellow is showing data for passengers traveled between two countries on all routes. Data for Stockholm Skavsta and Vaxjo Airports is incomplete and will be updated (Stockholm Skavsta route was reintroduced as year-round on 26.03.2017, no flights were operated during January-March). Tuzla-Vaxjo flights started 28.03.2017.