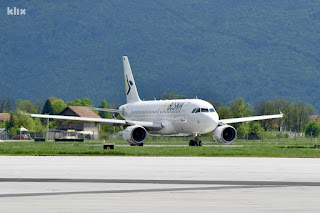 FlyBosnia has received its second aircraft today. The aircraft flew from Goodyear Airport in the US state Arizona to Winnipeg, Canada where it made fuel stop before making the six hours journey across the Atlantic to Reykjavik, Iceland where it made another fuel stop and finally the aircraft reached Sarajevo Airport today at noon. Second Airbus 319 joining FlyBosnia fleet is coming just ahead of airlines full summer schedule with airline focusing primarily on incoming tourist from Gulf countries (Kuwait, Saudi Arabia and Bahrain) to Bosnia and Herzegovina. 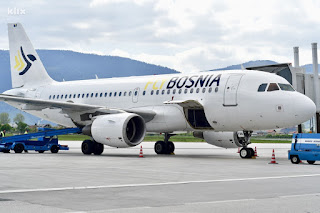 The airline already signed agreements with tourist agencies in above mentioned countries for tourist packages to Bosnia where the airline owners, own many hotels and resorts.

FlyBosnia has recieved its two digit IATA airline code 6W. Todays flight from Sarajevo to Kuwait was the first with the airlines new IATA 6W code. 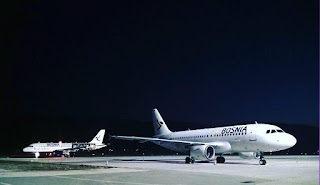 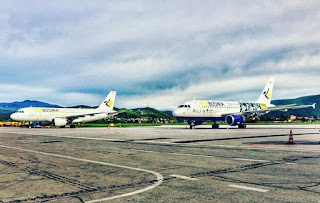