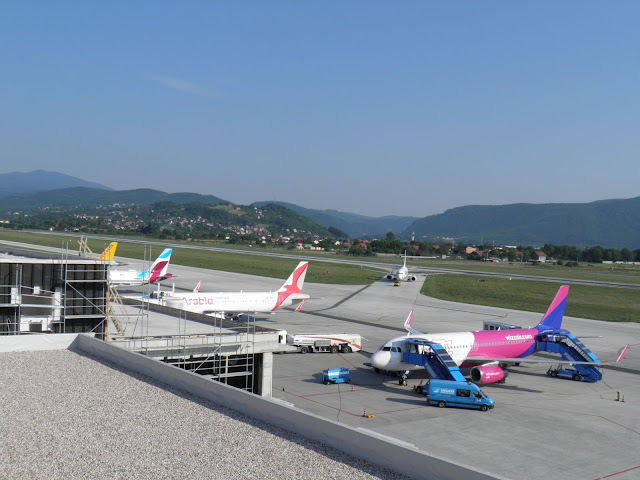 Last month Sarajevo Airport recorded 68.243 passengers, representing an increase of 10% when compared to the same month of 2021. The January-November period airport handled 1.310.309 passengers, representing an increase of 88% when compared to the same time of the last year. This is the first full month since Wizz Air has closed its Sarajevo base and discontinued all its flights except London and Abu Dhabi. Even though Wizz Air is no longer operating Sarajevo base, the airport managed to increase passenger numbers by 10%, recording 6.254 passengers more than in November of 2021. The increase is coming from airlines operating larger aircraft, mostly Pegasus Airlines switching all its Istanbul-Sarajevo flights from Airbus 320 to Airbus 321, with capacity to seat 239 passengers. Also, majority of its flights to Sarajevo, Turkish Airlines is operating with an Airbus 321 (180 seat capacity). From November 1st Wizz Air has switched London Luton-Sarajevo flights from Airbus 320 to Airbus321 (239 seats). During this month Sarajevo Airport will welcome TUI Airways new service from London Gatwick. From December 23rd flydubai will increase its service from Dubai from currently four weekly flights to 10 weekly. During the month of December Sarajevo Airport has 94.000 seats on offer. 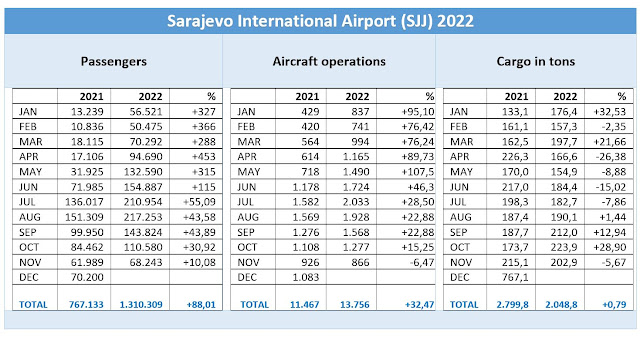