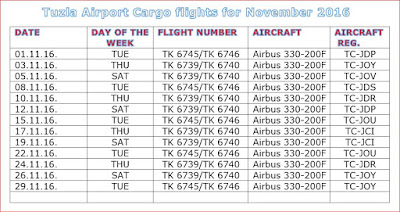 Beautiful line up of airplanes at Sarajevo Airport, November 19, 2016.Photo by Ekrem Numić

Due to strong wind from south yesterday, airplanes could land, but not to take off from Sarajevo International Airport. Beautiful panorama photo was taken yesterday by Ekrem Numić when all the airport stands were occupied by different airlines. All flights were delayed from 30 minutes to 8 hours. First aircraft to land yesterday was Norwegian Air Boeing 737-800 from Stockholm Arlanda Airport, the same aircraft stayed at the airport until 17:20, when it finally took off for a flight back to Stockholm.

Beautiful line up of airplanes at Sarajevo Airport, from left to right: 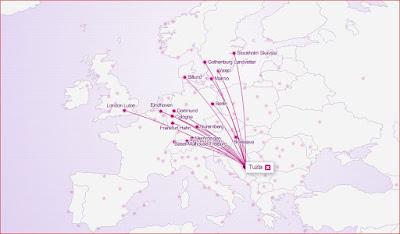 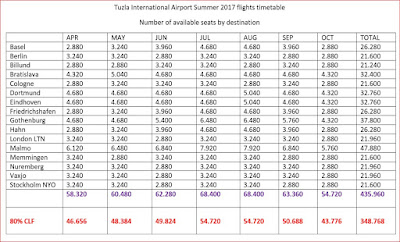 On November 2nd Government of Tuzla County has presented plans for capital investment for Tuzla International Airport in coming months.Projects are worth about 7 million Bosnian marks (3,5 million Euros):
(click on the project link to dowload project presentation)
Wizz air started flights from Tuzla in May of 2013. and from that day until the end of October 2016 the airline has transported 714.042 passengers to and from Tuzla.

Source: BHDCA and FlyingBosnian
Posted by Flying Bosnian at 1:25:00 AM No comments:

A total of 71.360 passengers used the airport in October, representing a small increase of 0,14% or 105 passengers more, comparing to the same month last year. The total number of available seats during the month of October was 101.282. The average cabin load factor on flights to/from Sarajevo was 70,45 %. Number of aircraft movements decreased from 1.051 in October 2015 to 980 in October of this year (out of this number, 744 flights were commercial). Sarajevo International Airport processed 370 tons of cargo in October, a decrease of 45,34% comparing to October 2015 when the airport handled 677 tons of cargo. Cargo traffic at the airport is affected by Turkish Airlines moving its cargo flights from Sarajevo Airport to Tuzla Airport.
Read more »
Posted by Flying Bosnian at 5:08:00 PM No comments:

As it was reported last week, Tuzla International Airport will start expansion and reconstruction of current terminal building. Today, airport has posted first photos of proposed terminal building. Since airport will expand and combine current two buildings into one terminal, work to complete the building is very short, and it is scheduled to be complied by the end of March of 2017. New building will have much larger capacity and it will be able to handle 600.000 passengers per year. 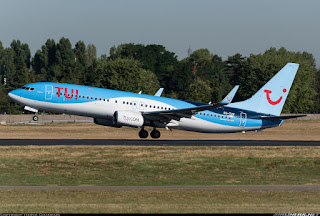 TUIfly Belgium will connect Brussels Charleroi Airport and Sarajevo Airport from March 31. 2017. Flights will operate twice per week on Mondays and Fridays with mix of Boeing 737-7 and Boeing 737-8 aircraft offering 149 and 189 seats. Flights are already bookable on the airline website. This is the first air link between Belgium and Bosnia and Herzegovina. TUIfly Belgium is a part of the largest leisure fleet in Europe: together with six other airlines which are linked together by the TUI Airlines alliance, which is part of TUI Group, one of the largest tourism groups in the world. 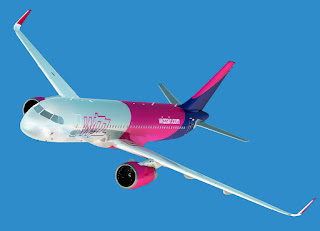